Whilst it’s fun to write essays about the blessings of travel, and how amazing we all know it is, there are sometimes moments when it lets you down. If you’ve travelled, you’ve been there.  There’s nothing worse than sharing a closed, confined space with someone you don’t like, and if you’re unlucky, someone who doesn’t like you back.  I’m unfortunate enough to have experienced this.  Twice. 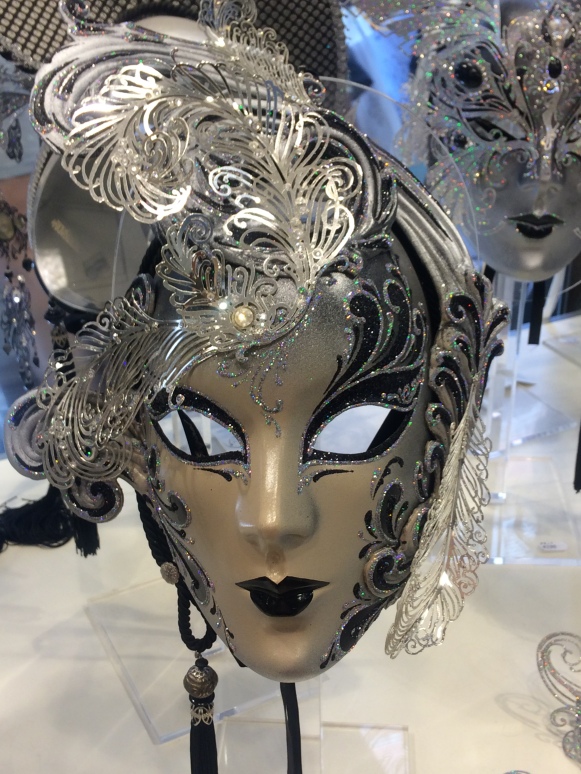 Hostels are a blessing to every young, broke traveller needing a roof over their head; cheap, convenient, and the easiest place to meet other travelling companions.  The downside?  Being crammed into small dorms with 6+ other people.

My travelling buddy and I had made our way from Milan over to Venice, excited to roam the canals.  But first we had to navigate our way to our hostel, and swiftly hopped on a bus.

I felt an angry tap on my shoulder and turned around to see a short, angry little Italian man pulling on my rucksack, muttering ‘put the bag down’.  He shoved past me angrily, and descended from the bus, making obscene gestures to us as he went past.

“Welcome to Venice”, I thought.

To give it credit, the hostel was unique in its own way- hundreds of little cabins,  two beds (or so we thought) and an en suite in each one.  We were enchanted by them (minus the plug sockets that had been put into the ceiling in a major design flaw, pushing us to hold our chargers in place with various body parts).  We spent the first night in bliss. 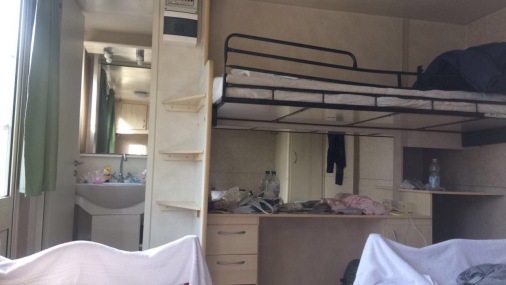 The next day, we arrived back at our cabin and opened the door to find a new bed had been pulled out from above the desk.  We laughed at our stupidity at not realising where the third bed was.. until it dawned on us there was a third person sleeping in our tiny cabin.  One foot away from the end of our beds.

Checking the label in his sweater, we managed to confirm he was, in fact, male.  We left again for the evening, nervous to come back and meet who we would be sharing our tiny room with.

As we approached the cabin, we noticed the door was ajar, and yet the lights were off.  I tentatively opened the door, and a deep male voice boomed out “you can come in”.  As my eyes adjusted to the light, I saw three guys, sat across mine and Abi’s beds.  His friends left the cabin, and without introducing himself he said ‘where are you two sleeping?’. 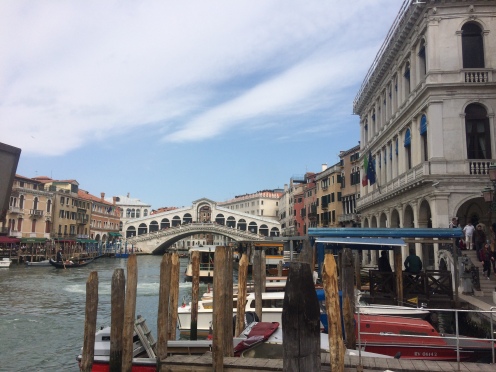 “Well I thought there was nothing on this one so I could take it” he says, pointing at Abi’s bed.

“Actually, my pyjamas are on the bed. Like literally right there”, I hear her speak up from behind me.

After muttering a few incoherent words of disappointment, he informs us that he will be sleeping with his friends tonight, and although we’re put off by what is possibly the most awkward exchange we have experienced to date, we’re glad to have the room to ourselves again. 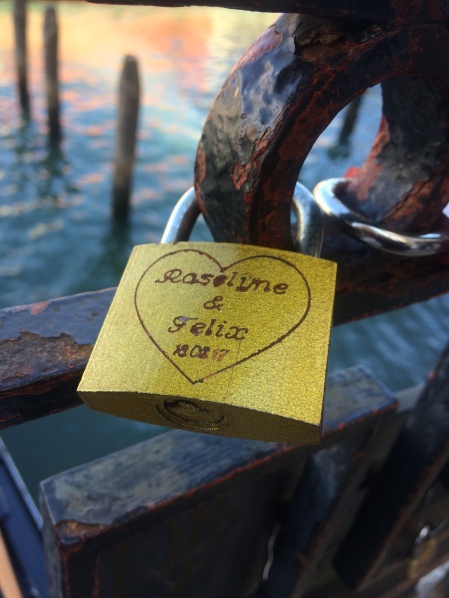 Until two in the morning, when the door opens.  Wide awake, I watch as an unknown, small, female figure navigates the dark room and climbs into the spare bed.  We quickly realised he had sent a female friend in his place, without telling us who she is or why she’s there.

We wake the next day and escape to Venice, now dreading the next three evenings we will have to endure.  As we come back and once again enter our den of dread, he is asleep in his bed.  I have cleverly locked up my bag and Abi’s with my Pacsafe wire, a company whom I have been eternally grateful for on many occasions.

I have put every belonging of mine inside the anti-theft rucksack, except one item which I quickly realise is not where I left it.  As I search for my two USB wires and my plug, he throws out “oh, I borrowed your charger”.  Too stunned to say anything back, I stay silent until I ask “so… where is it?”.

“Oh, it’s in the bathroom, charging in the socket”, he says nonchalantly.

Without saying a word, I go into the bathroom, snatch my charger back and proceed to vow never to leave any item unlocked and not in my bag again.  I realise I am still missing a USB plug, and as I look around, I spot the end peeping out from under Abi’s bed.  I quickly realise that in the process of swapping the correct compatible charger for his phone, he has chucked the other onto the floor.

Abi and I spend the night in the on-site restaurant, her too tired to say anything, me seething and itching at the opportunity to tell him what for.

On reflection, we decided not to say anything, as getting sassy with a 6 foot something heavily built Egyptian male sleeping a metre away from us was probably not the best of ideas.

At 3:30 am, we pack our things up, and march out of the cabin to catch our flight, glad to leave him behind once for all.  It dawned on us that we never did find out his name; he never bothered to go through the formalities with us.  We still call him Dan to this day.

One thought on “The Worst Room-Mate in Italy” 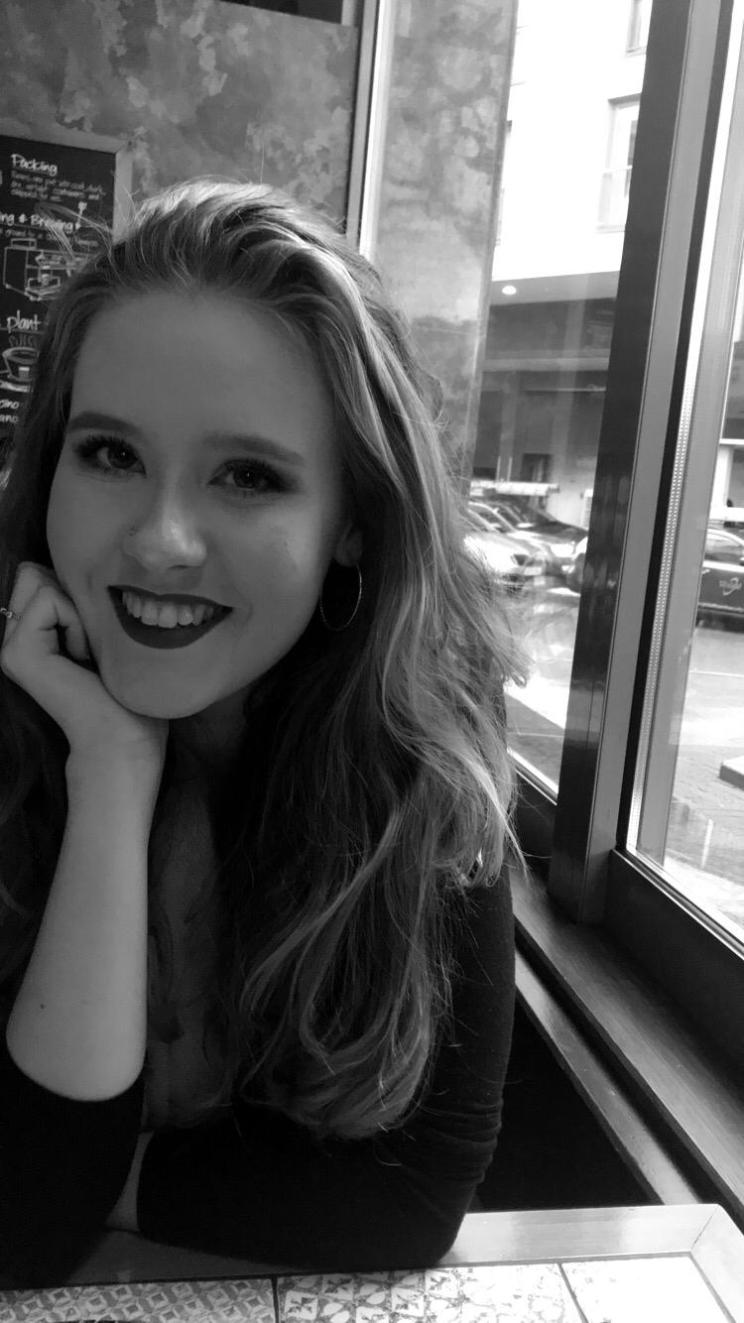